We believe in love, for EVERYONE.  Krikawa makes custom rings for LGBTQ+ marriage, civil union and commitment ceremonies.  We joyfully serve LGBTQ+ couples worldwide and are dedicated to each of our customers having an enjoyable ring design experience with us. Krikawa practices being more than just a "gay-friendly" business and practices inclusion for all kinds of unique couples, each and every day, even in our own team.

The options are endless - but take a look at some of our favorites below!

Krikawa in the LGBTQ+ Community

The Meaning of LGBTQ+

LGBTQ is an acronym that represents the world’s gay community. Interpreted a number of different ways, the title stands for lesbian, gay, bisexual, transgender, and the “Q” for those still questioning their sexualty. LGBTQ is intended to emphasize a diversity of sexuality and gender identity-based cultures. It may be used to refer to anyone who is non-heterosexual or non-cisgender, instead of exclusively to people who are lesbian, gay, bisexual, or transgender.

A number of symbols have been adopted to represented the LGBTQ community. Beginning with the powerful labrys, a weapon used by the mighty matriarchs of the Ancient Minoan civilization. Today it is used to represent lesbian and feminist strength and self-sufficiency. While gay men have often associated the lambda with their sexuality, perhaps the most recognizable symbol could be the rainbow flag. Each color is symbolic in representing the community:

The LGBTQ term was adopted following hard fought social activism throughout the late 20th century. During an era where self-advocacy defined our nation, the LGBTQ community stood up for centuries of persecution and second-class citizenship to earn equal rights among their peers. Protest and parades flooded the streets of major US cities during the 1970s and 80s and finally, during the early 90s, the LGBTQ term was embraced.


What’s next for LGBTQ?

As of 2015, a landmark Supreme Court ruling declared same-sex marriage constitutional, however members of the LGBTQ community still experience daily prejudices. Political agendas target and divide the community, forcing members to abandon their autonomy and select sides. A number of states still lack anti-discrimination laws that protect sexual identity and even, in extreme cases, outlaw the use of public restrooms for members of the community. The LGBTQ community is working hard to attain “true” equal rights with a strong presence in entertainment as well as Congress.

What Are Your Ring Options?

Feel confident in not following etiquette by wearing a non-traditional ring. We have handcrafted alternative rings for many individuals from the gay community. Some grooms have custom-ordered matching wedding bands. Some brides might have a pair of engagement rings. Other times, couples get completely different kinds of rings! Enjoy the freedom of making your own marriage custom. As a jeweler that makes each ring one-at-a-time, you can personalize your and your beloved's rings to your liking. Incorporate gender or meaningful symbols, messages and your favorite gemstones, while staying within budget! 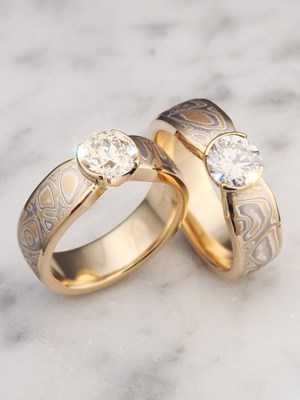 Delight in the understated elegance and artistry of this handcrafted collection.


Commitment is an act, not a word.
-Jean-Paul Sartre 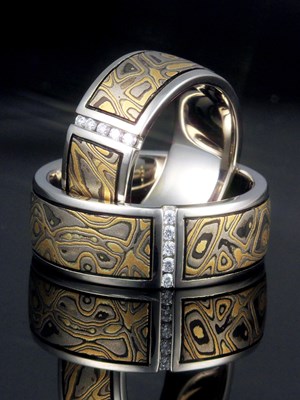 I think everyone dreams of that nice, romantic wedding. -Lance Bass

Krikawa offers eight different color combinations for you to select for your custom mokume ring. 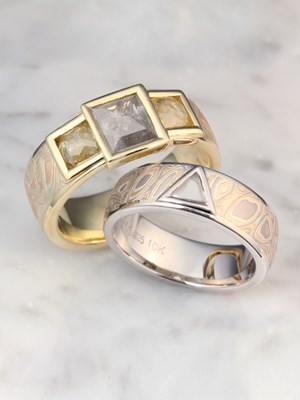 This rare collection features designs with bold and distinctive details. 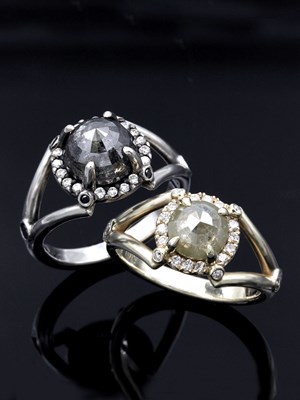 Let us always meet each other with a smile, for the smile is the beginning of love.
-Mother Teresa

Why wear just a ring when you can wear a one-of-a-kind work of art?

Genuine and true love is so rare that when you encounter it in any form, it's a wonderful thing, to be utterly cherished in whatever form it takes.
-Gwendoline Christie

The one object that you will wear every day that represents your love,
and your commitment to each other.

Meet our friendly design consultants
and prepare yourself for the experience of a lifetime. 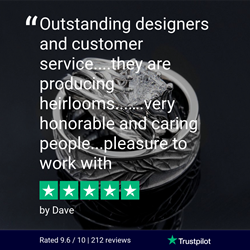 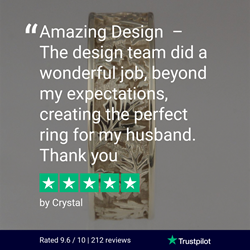 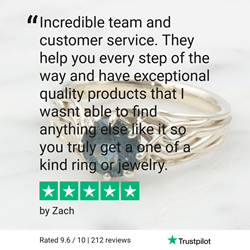 YOU’LL BE QUITE-TAKEN BY OUR SIMPLE CUSTOM DESIGN PROCESS, DEDICATION AND A 100% MONEY BACK SATISFACTION GUARANTEE.