We won the Couples' Choice Award. Again, we remain in the top five percent of wedding jewelers nationwide! This award is based on actual reviews from our clients so we are very proud to recieve this award for another year of great service.

We won the Couples' Choice Award for the 5th year in a row!

We won the Couples' Choice Award for the 4th year in a row! 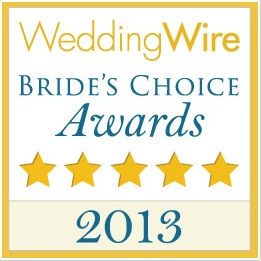 For the second year in a row, we won a Bride's Choice Award! This prestigious award is given to wedding industry vendors with outstanding reviews. Again, we remain in the top five percent of wedding jewelers nationwide! 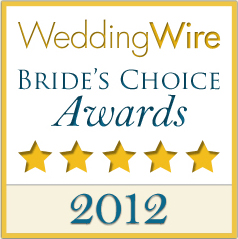 Krikawa was awarded a Couple's Choice Award from Wedding Wire! That means we are recognized as being in the top five percent of wedding professionals in the country! Thank you to the brides and grooms who highly reviewed us!

This year Tucson Guide went to the experts of the Old Pueblo: Certified Tourism Ambassadors. The nationwide Tourism Ambassador program, sponsored by local convention and visitors bureaus, trains those in the service and tourism industry from wait staff and bellhops to shop owners and tour guidesâ€”on the history of the city, as well as all there is to see and do. The CTAs of Tucson responded in detail, giving us our most comprehensive "Best of" compilation yet. Krikawa was named "Best Jeweler. 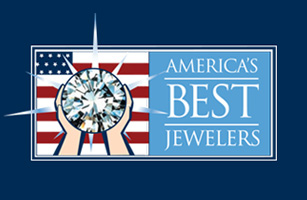 New York--National Jeweler has unveiled the retail jewelers who have been named America's Best Jewelers (ABJ) for 2009 in both the Independents and Couture categories. The winning jewelers qualified through a comprehensive benchmarking survey done jointly with Jeweler's of America's Cost of Doing Business survey. The ABJ program, which launched last year, is intended to provide a channel through which jewelers can share successful best practices, offering a fresh approach to educational offerings for the retail community. 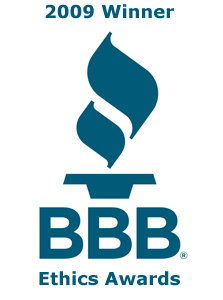 May, 2009 - Krikawa Wins Ethics Award from the Better Business Bureau

The Better Business Bureau has awarded Krikawa with the Southern Arizona Business Ethics Award. This award honors local companies for demonstrating exemplary management practices, upholding high standards in relationships with customers, suppliers and shareholders; ensuring honesty and integrity in marketing and advertising; and giving back to their communities. Krikawa's one-inch thick submission packet was choc full of satisfaction surveys, issue resolutions, examples of outstanding customer service, letters from suppliers, internal documents, continuing education and more.
We have an A+ rating with the Better Business Bureau. In the five years that we have been a BBB member, we have had zero complaints. This is because we take care of our clients: it is our mission to leave every client 100% satisfied! Where else can you get custom jewelry made with a 100% money back guarantee? Fortunately for us, we rarely have to make good on that offer: with impeccable craftsmanship and one-at-a-time ring making, we treat each order with the utmost respect. We are honored to be selected to make your important and personal jewelry! See article written by Kim States, Inside Tucson Business, here. 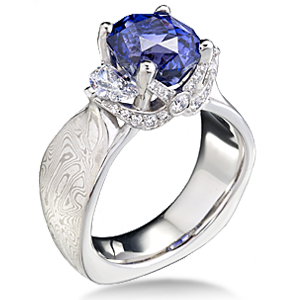 Against hundreds of competitors, Krikawa was just one of four finalists in National Jewelers Print Advertising Competition. Jewelers large and small, manufacturers to independents, applied from around the country to compete in their style and vision. Krikawa was applauded for their art-focus and ethereal style of advertising. 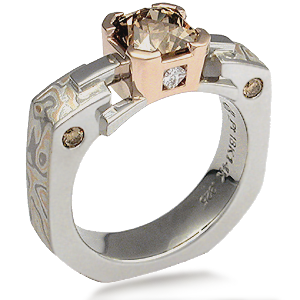 Over 100 applicants were judged online by a public vote, and Falling Water took first place for Professional Jewelry. The JewelryInTheNet Jewelry Design Competition featured creative work by talented jewelry designers from around the world. Entries were divided into amateur and professional levels and winners were determined by a popular vote from the general public.

Lisa was awarded the Mort Abelson Scholarship from the Revere Academy of Jewelry in San Francisco. Her all expense paid trip to San Francisco to attend the Master Jewelry Symposium will take place in April. The contest honors Mort Abelson, who was instrumental in raising the awareness of jewelry design and promoting jewelry designers in the U.S. Lisa was interviewed by Sally Jewett-Brocato about the scholarship and business philosophy. Read her interview here.

John Krikawa, our master modeler, won two Judges Distinction Awards in the Matrix Design Contest sponsored by Gemvision. This competition judges the complexity and craftsmanship of the created model and rendering. As an integral part of the jewelry making process, John has succeeded in mastering this complex program and elevated the process to art. Congratulations John!

The Women's Jewelry Association announced the winners of its 12th Annual DIVA Awards design competition at a press conference held May 30 in the Platinum Pavilion at JCK Las Vegas. With this year's theme of The Platinum Wedding," the competition was sponsored by Platinum Guild International. Krikawa's winning entry, Delicate Leaf Wedding Set, was inspired by nature and features a stylized leaf design.

Krikawa Jewelry Designs won first place and second place awards in the 17th Annual Manufacturing Jewelers and Suppliers of American Vision Award Design Competition. The Juicy Liqueur Engagement Ring won 1st place in the Mokume-gane Distinction category, while the High Tea Cocktail Ring won 2nd place in the Palladium Distinction. These competitive and prestigious awards recognize the talent and innovation of designers whose work have a profound influence on the future of jewelry design. Lisa, accompanied by Jackie Wolfstein, our sales manager, and Susan Ruff, our marketing specialist, traveled to NY for the award ceremony on April 13th at the MJSA Expo New York trade show at the Javits Center. 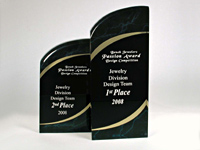 Lisa Krikawa has been awarded first place in the Tahitian Pearl Trophy competition sponsored by Perles De Tahiti GIE for her necklace, earring and ring set entitled Pearls & Curls. Winning in the â€œParureâ€ category among all North American entrants, Krikawaâ€™s set will now proceed to the international competition to compete against finalists from over 30 countries. 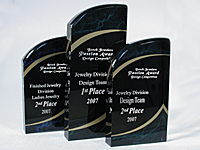 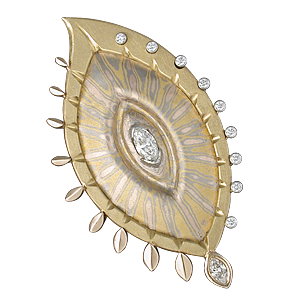 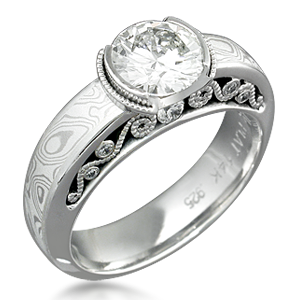