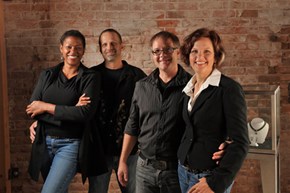 Krikawa Custom Jewelers is a family-operated business, located in Tucson, Arizona. Krikawa is run by spouses and siblings! Husband and wife team John and Lisa Krikawa along with her brother Patrick Swartz with his partner LeCarie Whitfield own the company. With passion and determination, these two power couples lead this award-winning company, dedicated to creating one-of-a-kind masterpieces for clientele all over the world.  Each team member below plays an important part in this synergy. 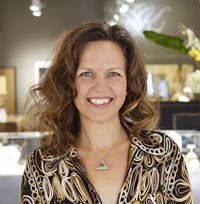 Lisa Krikawa is the founder and CEO of Krikawa Custom Jewelers. She started her custom jewelry business in her garage in 1998, launched the website in 2002, and built it to a multi-million dollar platform selling only custom jewelry.

With the core company values of Love, Integrity, Communication, Artistry, and Craftsmanship, she persists in making sure the company delivers 5-star service to every client.  The proof is in the pudding, as krikawa.com currently has a google average of 5.0.

Born in Edmonton, Alberta, Canada, Lisa Krikawa moved to the United States in 1976. In 1997 she graduated from the University of Arizona with a Bachelor of Fine Arts degree, with an emphasis in jewelry and metalsmithing. Her first jewelry venture was traveling to craft shows, from New York to Washington and California.

Although Lisa was trained in Fine Arts, she has a natural acumen for business. She discovered that she could express her creativity by creating effective business systems. She currently oversees her design team, continues to improve systems, and enjoys family time, writing, and exploring the mystical. 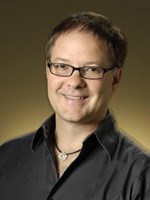 John Krikawa is a Technologist and Artist at Krikawa Jewelry Designs. John has been interested in computer graphics and design since 1985.

He attended the University of Arizona, College of Electrical Engineering where he was able to further explore his computer abilities. He has a special affinity for the combination of visual arts and computer graphics.

John quickly rose through the ranks and became the Chief Technical Officer, masterminding the website, software systems, and hardware of the company.

He is also the founder and composer for Harmony Lab Music, and creates soundtracks for film and video. 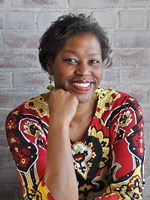 LeCarie joined the Krikawa team in February 2013. LeCarie's diverse experience as an attorney and business coach are aligned with Krikawa’s corporate vision and values.

It is "particularly exciting to work alongside my sister-in-law, Lisa Krikawa, in growing and developing Krikawa.com and the local brick-and-mortar studio," LeCarie says. "We mastermind like the Wonder Twins!" 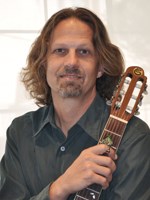 Pat brings to Krikawa the skills and experience gained from his long career as an industrial CAD designer, product developer, and scale model builder for off-shore technologies. His in-depth industrial experience is tempered by his highly artistic nature.

He is a guitarist, composer, inventor and the mastermind of the Jam Kat and FLiP!, spring-loaded guitar pick holders on which he holds world-wide patent rights.

Lisa is particularly thrilled about working with her older brother. These siblings possess a collaborative energy that invigorates and inspires new designs regularly.